Standards for imports of Taiwanese books by Chinese retailers have become stricter, an independent bookseller in Beijing said yesterday.

In the past, except for titles written by exiled Chinese writer Gao Xingjian (高行健), most books published in Taiwan could be imported into China, the owner said on condition of anonymity.

However, some publishers that print works touching on sensitive topics in China, such as democracy, protests and human rights, are now fully blacklisted, the person said, citing Gusa Publishing’s experiences. (八旗文化).

In other cases, books are allowed to be imported, but entire sections are torn out or words are replaced or deleted, they said.

In order for resellers in China to import Taiwanese books, they must first submit a list of titles they wish to purchase to a state-owned import company, then there is a waiting period of three months – compared to six weeks before – to receive the books. , they said.

Regarding the increased time it takes to import books, the owner said that while restrictions related to the COVID-19 pandemic were adding to the delays, a considerable factor was likely the stricter censorship process. 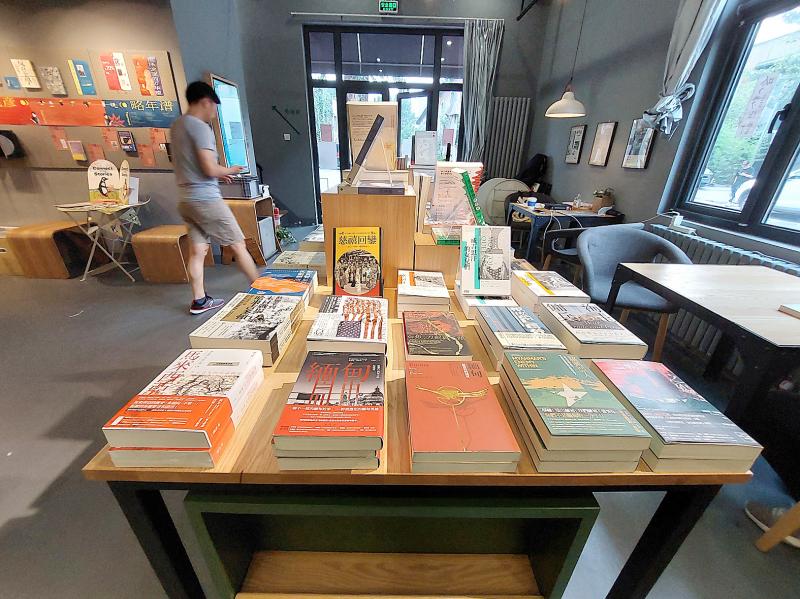 “In the past, I gave a list of 100 Taiwanese books to the importer, and about 50 were approved. Today, only about 20 to 30 are approved,” the owner said, adding that the criteria used to approve the books were unclear.

Most books on politics and religion, even history books, cannot discuss China or Taiwan to be imported into China, the person said.

Examples of banned books include China: A History in Objects from the British Museum and a selection from the Chinese University of Hong Kong, the store owner said.

Works by Chinese-American writer Eileen Chang (張愛玲) depicting life in China under the Communists – such as The Rice Sprout Song and Naked Earth – have historically been banned in China.

However, more recently, a book by Malaysian-Taiwanese writer Ng Kim Chew (黃錦樹) published last year that deals with the Chinese Civil War has been banned, the person said.

“Some books that we could import last year are banned this year. The standards change often, so all we can do is submit our lists and see what happens,” the owner said.

Importers sometimes ask bookstore owners to review and revise their listings before submitting them.

“However, I try to avoid self-censorship. I’m just submitting my list without taking anything away, unless it’s clearly obvious that the book is critical of the Chinese Communist Party,” the owner said.

The shop was once a popular place to buy books printed in traditional Chinese, but its inventory has recently been drastically reduced, the person said.

“Given the current state of cross-strait relations, many bookstores will not promote Taiwanese books at all, as they are afraid of causing a stir,” the store owner said.

Comments will be moderated. Keep comments relevant to the article. Remarks containing abusive and obscene language, personal attacks of any kind or promotion will be removed and the user banned. The final decision will be at the discretion of the Taipei Times.