REVIEW | From Meghan to Queen: Two royal books give radically different views on the monarchy

Revenge: Meghan, Harry and the War between the Windsors by Tom Bower (Blink), Queen of Our Times: The Life of Elizabeth II by Robert Hardman (Macmillan).

BOOKS: Revenge: Meghan, Harry and the war between the Windsors by Tom Bower (Blink), Queen of Our Time: The Life of Elizabeth II by Robert Hardman (Macmillan).

Two very different books on the royal family, paint two very different and even controversial faces of the monarchy. In Tom Bower’s Revenge, Harry and Meghan are very much at war with The Firm, while Robert Hardman’s Queen of Our Times takes a more considered approach to the couple’s royal exit. Shaun de Waal takes a closer look.

At Megan Markle’s famous interview with Oprah Winfrey, after she and her husband Prince Harry left Britain and washed their hands of the Royal Family, there were reportedly 17 instances in which she misrepresented the facts – and in demonstrable ways. Many documents, in the public domain, show how she distorted the truth. It seems she was convinced that she could shape the public narrative for her own ends and that her “own truth” would then become everyone’s truth.

At least that’s how Tom Bower presents Markle in Revenge. It seems she always thought she could bend the world to her will, and that with enough hard work with her publicists and agents in the United States, her version would prevail. She felt like that before she married Harry, imagining that she was so strong that she could reshape the royal family in her image, or at least do whatever she wanted, and still remain a part of that institution.

Of course, she was wrong, and she was very upset that she wasn’t treated like an absolute monarch whose every word was law. She seems to have either not had a very accurate picture of how the British monarchy worked as an institution, or just been in denial about it.

She was unable to submit to his restrictions and mores, so she stamped her foot and left, taking Harry with her. And then, of course, she turned to Winfrey – whom she had, for unclear reasons at the time, because they weren’t friends, invited to her wedding and placed in the front row. It looks like she hedged her bets early on. 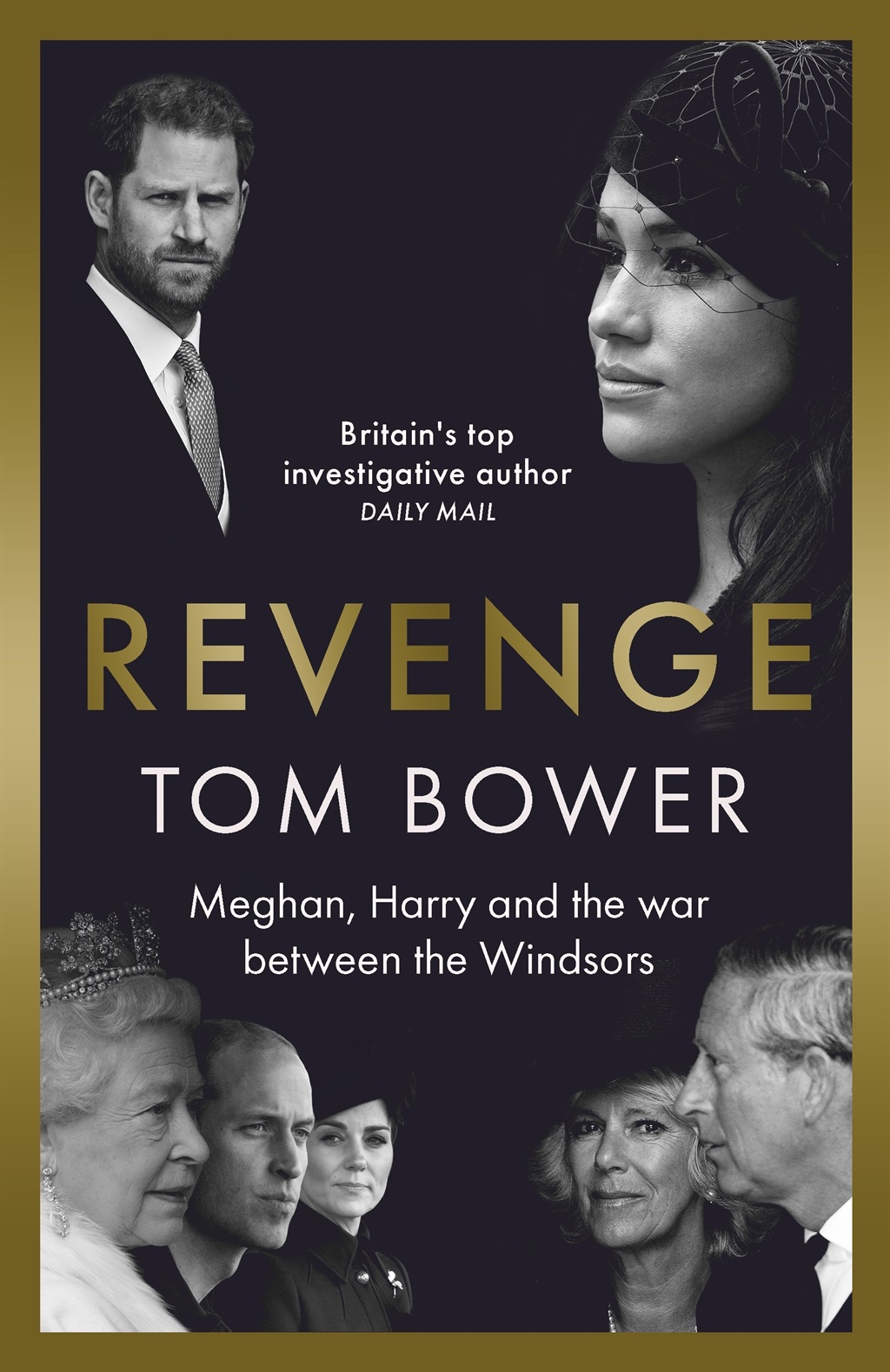 Revenge: Meghan, Harry and the War Between the Windsors by Tom Bower (Blink).

In fact, Markle emerges from this book as a narcissist unable to conceive of any impediment to her fame, and obviously if things go wrong, she’s in no way to blame – she’s the victim. She accused the British media of reporting on her in a way she didn’t like, fueling Harry’s paranoia and tendency to blame the media for what happened to his mother, Diana. Once the couple stepped down from royal duties, Markle accused the British media and royal family of racism, a useful catch-all for any opposition to her self-aggrandizement.

His charity work is shown to be an integral part of his public relations – profits and who gets what money are concealed by US privacy laws. Her treatment of family members such as her father belies her stated commitment to compassion as the best answer to all sorts of issues, including the causes she publicly espouses.

Bower’s book is readable and interesting, although I personally don’t need as much detail. It also appears to have been hastily edited and proofread. Combinations, for example, is styled and italicized whenever it appears, even though it doesn’t refer to the TV series that made Markle famous, indicating that a universal change command has gone wrong. There are also errors in the book.

READ ALSO : NOTICE | Harry and Meghan no longer have to cover for a family that never protected them

A slightly more thoughtful account of Harry and Meghan’s royal exit takes up a few pages in Robert Hardman’s excellent biography of Queen Elizabeth II, which sees it as part of a long reign that has survived many worse crises. . The Queen has broken all records for royal longevity – and innovation. Overall, Hardman is keen to place the Queen in context, particularly that of the national and global political affairs in which she played a role.

According to Britain’s unwritten constitution, which even the Queen admits is often difficult to understand, it is meant to be “apolitical”, in the sense that it transcends party politics in Britain, but Hardman shows how that does not mean that it is disconnected or detached from this policy. Among other things, she supported and developed the Commonwealth, seeing it as Britain’s best response to the aftermath of colonialism, and she fully supported Britain’s entry into the Common Market which became the EU. She is perhaps the most valuable asset of British ‘soft power’ around the world. Queen of Our Time: The Life of Elizabeth II by Robert Hardman (Macmillan).

It’s fascinating to learn how she balanced the monarchy’s need to maintain tradition (all those glittering occasions) while modernizing. Hardman shows how she started doing this as soon as she succeeded her father after his untimely death, and continued to do so so quietly that few people noticed until later. She agreed, in the 1960s, to participate in television documentaries, going against the advice of her stilted advisers, and she was right: Royal family, arguably the most-watched documentary of all time, brought her closer to her subjects and captivated viewers around the world. (It is also clear how much The crown distorts history and distorts personalities.)

Hardman has very good sources, both named and unnamed, and can cite “confidential” memos. He spoke to many people who served the Queen in one capacity or another and was able to get feedback on their interactions with her from people such as George W Bush. All of this paints a very complete picture of a remarkable woman, whatever one thinks of the institution she so devotedly serves – and whose survival she has ensured.